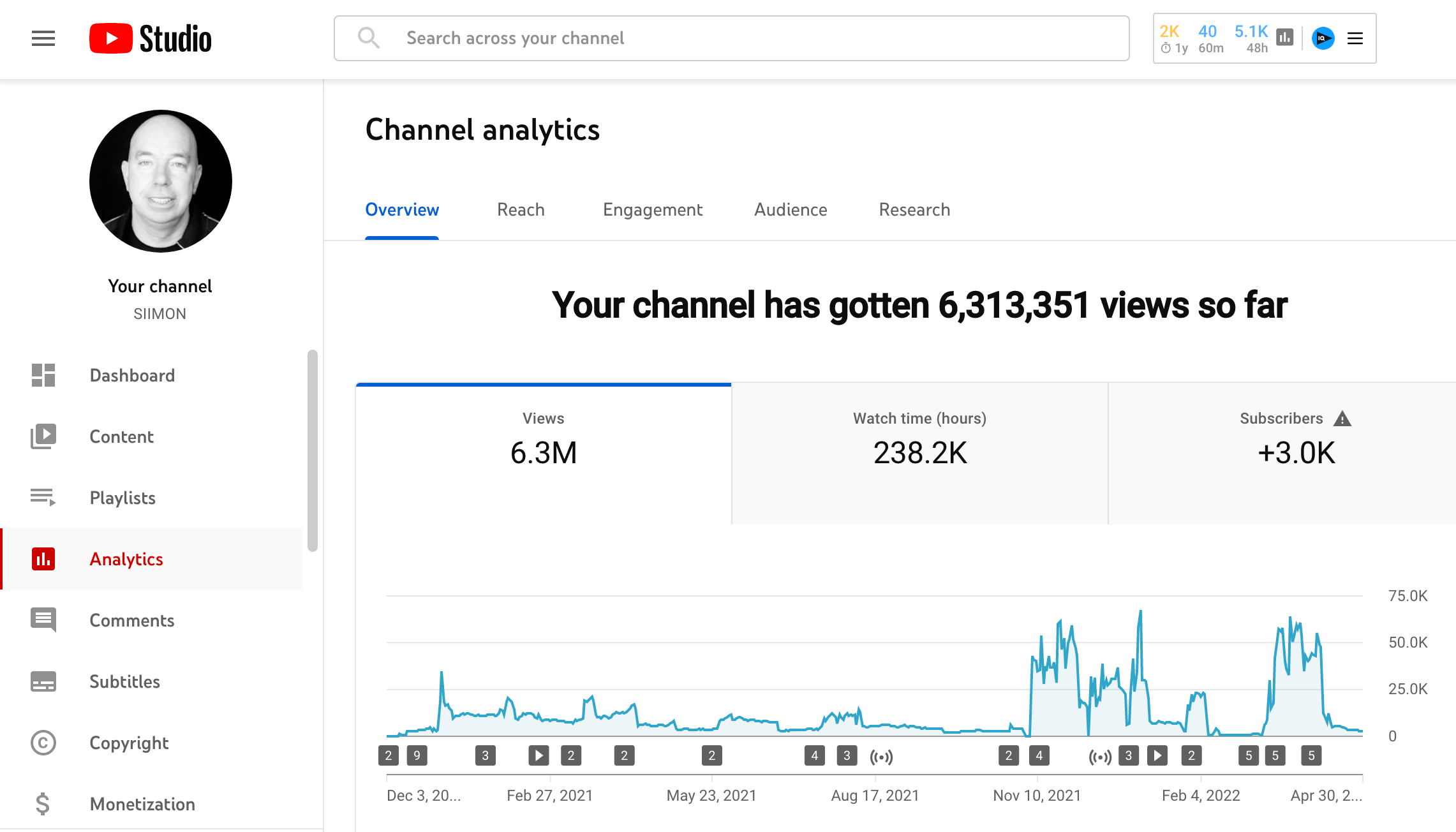 Recorded during 2021, 'Whatever It Takes' is SIIMON's 2nd studio album. After the success of SIIMONS 1st album ‘Cuts and Bruises’ which hit no.2 in the iTunes Singer/Songwriter chart this new album features 10 new original songs including collaborations with A-list co-writers (see below), aspiring writers and solo songs by SIIMON. During 2021 unsigned artist SIIMON achieved 750,000 streams on Spotify and over 4 million views on his YouTube channel from his 1st album Cuts and Bruises and some ‘live lounge’ style cover versions.

1 - THE FIRST NIGHT  by SIIMON, Jack Bowden and  Charlie Bone. A song about falling in love on the first date and how things can sometimes not live up to the expectation.

2 - WHATEVER IT TAKES by SIIMON, Jo Henley and Carole Hay. The title track of the album, simply you sometimes have to do 'Whatever It Takes' to get your goal. (Note the album cover features SIIMON living up to this - performing at the London o2 arena and getting a standing ovation for his FIRST ever public performance of an original song  he'd written)

3 - HOLLOW by SIIMON, Jez Ashurst and Chloe Reynolds. A song inspired by visiting the wedding of someone you were once engaged to yourself, and the unexpected emotions that can create.

4 - SERENDIPITY by SIIMON Bill Padley and Stephanie Grace. That sliding doors moment bumping into the 'the one'

5 - PARALYSED by SIIMON and Grace Hawkings. A song about being stuck in a toxic relationship and fighting to get out, set across a James Bondesque soundscape

6 - A DIFFERENT WAY by SIIMON. A song about how when a relationship fails sometimes a parent can use alienation as a weapon in vengeance.

7 - YOU'VE ALREADY WON by SIIMON, Michael Garvin and Marianne Robson. An anthem for any underdog that got further than anyone ever thought they would.

8 - NOT THE ONE by SIIMON. A song about that difficult time when you realise a relationship is coming to an end and its nobodies fault.

9 - FOREVER YOUNG by SIIMON, Stephen Jones, Katie Baker and Jeff Franzel. This song actually started as a song called Proud Again, but SIIMON wrote a new lyric for a movie releasing in 2022 with the same title - age is just a number.

10 - A LITTLE LONGER by SIIMON.  A personal song written after losing a life long friend

Walking In The Air

I've just been interview on BBC Radio about my Xmas cover of Walking In The Air that has hit HALF A MILLION views on YouTube in just a few weeks.

I've just made this video for my version of Coldplay's See You Soon. This song is over 20 years old, it was an EP before Parachutes came out and then featured on the Live 2003 album. Always been a favourite so gave it the SIIMON treatment and made the video based on our experience of the last year ! 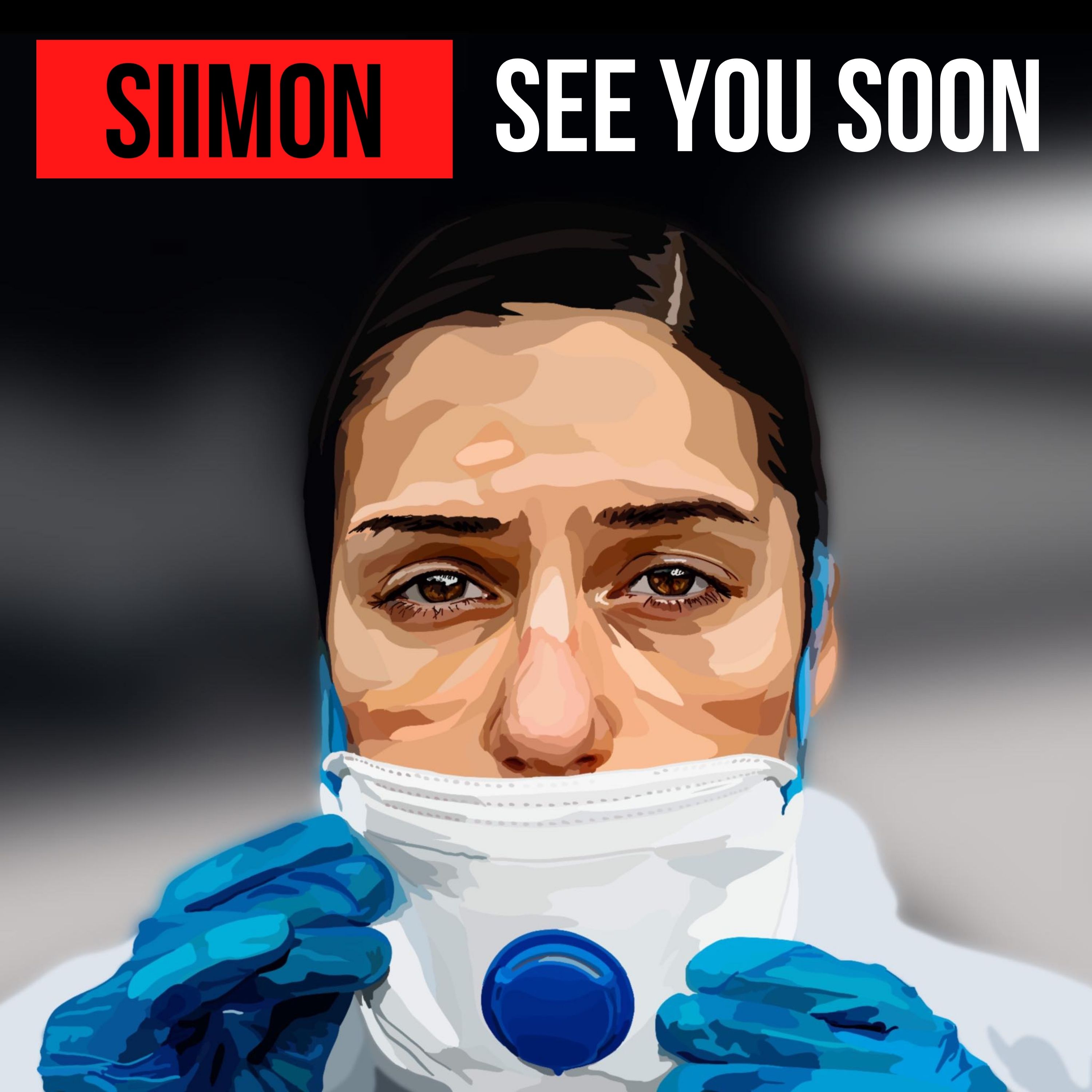 WOW - thanks to everyone for the support . We got no.2 on Singer Songwriter iTunes chart this week and no.22 on all albums !!!

We got No.1 Singer Songwriter

Really please that the Without You Around  got to No1 in the Hypeddit Singer Songwriter  top 100 chart the day after release on 2nd Jan ! Thanks for your support 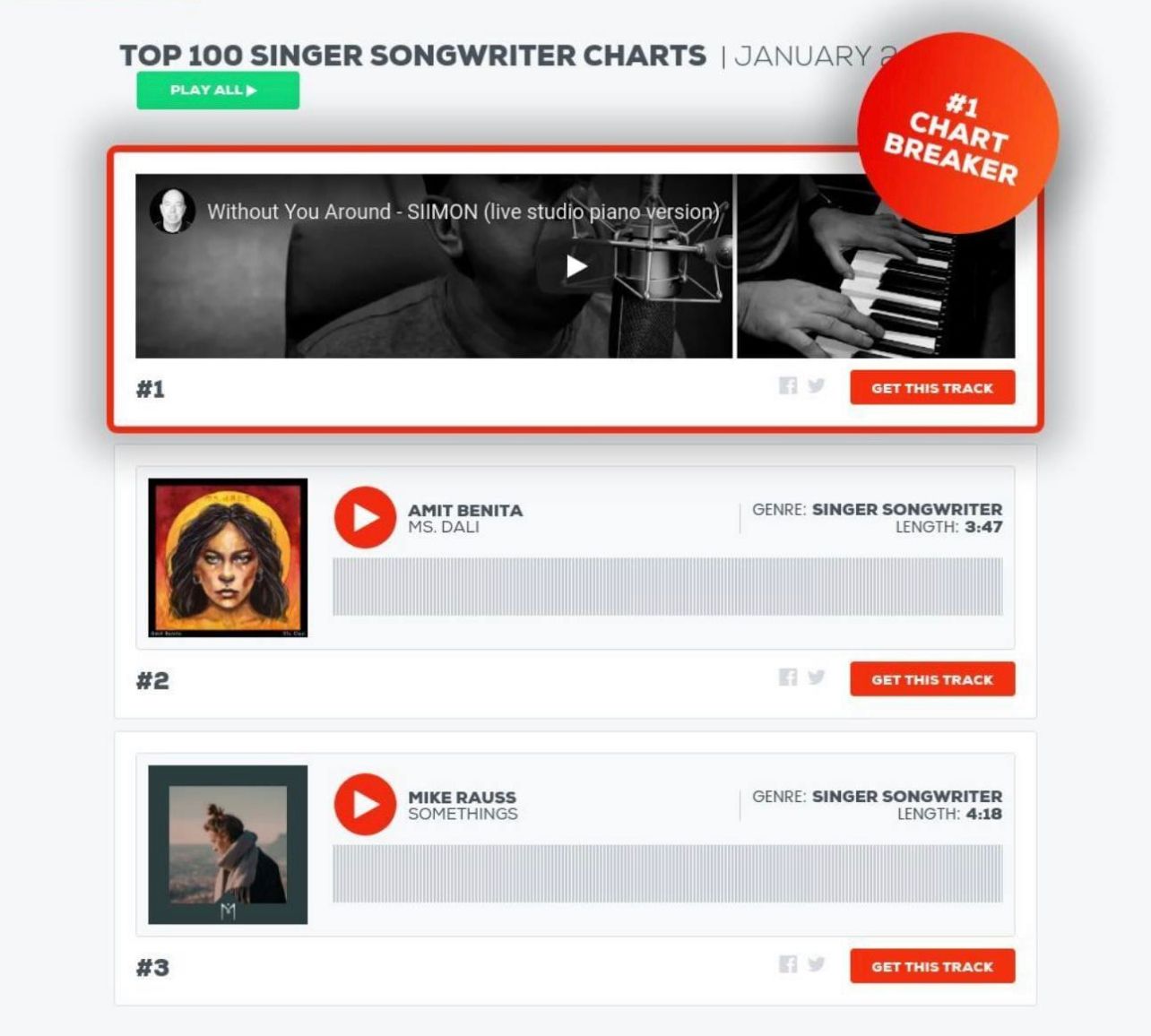 Busy day making the video for No Guarantee today, this song was inspired by reading the sad story of the inquest into a homeless person that drunk himself to death in the town where I was living at the time, I'd seen him sleeping rough under the beach huts a few times, then didnt see him any more. Some months later so sad to read the back story in the newspaper. Heres the finished effort - quite enjoying creating the visuals to go with the music

So today has been finalising the artwork for the album, the front cover features thumbnails related to each song on the album. There's also an 8 page booklet with all the lyrics in, and after trawling the archives I've found an image for most of the songs of its original debut the day it was written on a songwriting retreat in Spain ! So any CD buyers will get  a little taste of life on a songwriting retreat and see the words in full ! Did you order yours yet ???

Well had fun creating the video for Cuts and Bruises the last few days. After getting a few quotes I decided to have a go myself, just using stock footage online (all from Adobe stock) - had to brush up my Camtasia skills for the transitions, but overall pretty pleased with the results - amazing what you can do from home these days. Link here to version 2 of the video - producer Paddy had some good feedback about some 'hard cuts' on the beat for the chorus and also a bit of a retrospective shot on the end, so I decided to regress the character back to childhood in the story for this edit version 2. The song basically is about how when you're young your parents can fix your problems, when you're older sometimes its not so easy to fix. Enjoy !